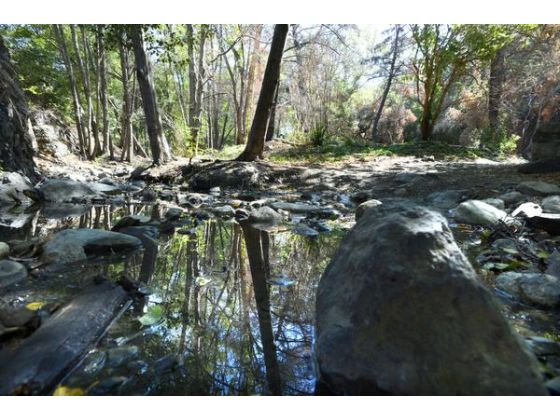 We can adapt to California’s crippling, three-year drought: we use less water, let our lawns dry up, import the rest of the water we need from elsewhere.

The Southern California steelhead trout doesn’t have so many options.

And the fish is already behind the eight ball because we humans have paved over and built on so much of its former habitat. The trout spawns up streams in Southern California that are no longer hospitable to it because, among other things, man-made dams block its path.

In the Santa Ana Mountains where those fish once swam, the dams are starting to be torn down. It’ll help. But if trout could pray, they’d probably be imploring the heavens to bring the same water and the same rain those living in the mountains so desperately need.